WHAT QUALIFIES AS RETRO GAMING?

WHAT QUALIFIES AS RETRO GAMING?

Whether or not a game or system qualifies as retro gaming is a tough thing to quantify and something that different people will often think very differently about. The 'retro' in the word 'retro gaming' is in itself a bit of a little bit misleading. Retro, by definition, is a style that intentionally evokes memories of an older style that has since gone out of fashion. So movies from the '30s aren't retro, but The Artist, a recent movie made in the style of an old silent movie, is retro. If we apply the same logic to video games then something like Mega Man isn't retro, but a game like Shovel Knight is because it pays homage to the NES games of old. Gamers have appropriated the word 'retro' into the new word 'retro gaming', but unlike the traditional definition, 'retro gaming' refers to playing old games rather than games that play like old games. The origins of the word 'retro gaming' are, as we've established, pretty murky to begin with, but the definition isn't any clearer. With the speed at which technology develops, games released at the start of a console generation look noticeably worse than those released at the end of the generation. And that's just the lifetime of a single console. Games visibly age quite quickly, but in terms of the actual number of years since release they might not be so old. It also doesn't help that the contemporary indie development scene has a fascination with making games that look and play deliberately like games of yesteryear. It's all so confusing. At what point does a game qualify as old enough to be considered retro gaming?

Well, depending on who you talk to you'll likely get a different answer. Someone like me who has been playing video games for over twenty years and started my gaming life with a Commodore 64 is going to have an entirely different perspective on whether a game is old or not to a kid whose first console is the PlayStation 4. But that doesn't necessarily make either of us right, it's just a matter of perception. I might look at a game like Prince Clumsy for the Commodore 64 as a fairly primitive side-scrolling plat former, but to my father who grew up with Pong the game was like nothing he'd ever seen.

The PS2 isn't a system that instantly springs to mind when I think of retro gaming; I think sprites, MIDI music, and two dimensions. But that's the eye of a thirty two year old gamer looking at this, and not a ten year old. The likes of Devil May Cry, Ico and Twisted Metal: Black are games I remember picking up and being blown away by, but for a child used only to PS4 the games might look positively archaic.

Since we all, depending on our age and experiences, have different ideas about how old something has to be to be old, there has to be some sort of objective rule. For my money, once the manufacturer has discontinued a system then we can safely call it old enough for playing it to be considered retro gaming. By that definition, the most recent console to fall under the umbrella of retro gaming would be the PlayStation 2, and while some of you might balk and scoff at that consider this; the PlayStation 2 was released sixteen years ago. Every few years another new console joins the ranks of retro gaming, and while they might not adhere to what our personal ideas of retro gaming are they still fit the criteria.

Age is just the beginning, though. All we've determined is what length of time needs to pass for us to safely refer to something as retro gaming. If we accept that retro gaming is playing video games or consoles that have since been discontinued, then how one goes about playing these discontinued games is the next step in understanding exactly what retro gaming is.

The first and easiest way that we can play old games is to pick up a remaster or a port. These are becoming more and more common in recent years, with the PS4 in particular receiving port after port of popular (and not so) PS3 games since there's no true backwards compatibility available for the system. But the PS4 has also seen some older games see release, too. Final Fantasy VII and X have both been ported to the latest PlayStation console, and going even further back than that, Grim Fandango has been re-released with some graphical and control overhauls.

As technology evolves there are also more options available to players who only have the current generation of consoles. With a service like PlayStation Now, people don't even need to buy the old games that they want to play, with Sony offering a Netflix-like subscription program to gain access to a glut of older titles. It's backwards compatibility, near-retro gaming for a monthly fee. If you've got the money and a stable Internet connection then this might be a preferable alternative to dusting off your old consoles and fighting to get them to work with your high-end television.

Another way that we can play older games via improving technology is through emulation. This falls into two categories; first, there's the emulation we see on the likes of the PlayStation Store or Nintendo's Virtual Console. Here games are emulated by making your modern console act like an old one. Recently the PS4 introduced PS2 games to the PlayStation Store and they're run through emulation, just like Nintendo do on the Wii U.

Of course, there's also illegal emulation. Often there's no way to play an old game at all without illegal emulation. Grim Fandango has recently been re-released on PS4, but before that happened there was actually no way to play the game legally unless you just happened to have a very old PC and a copy of the game. While it's technically illegal and basically piracy, there should be a better system in place to make sure that legacy games and platforms are preserved for future generations. A game like Grim Fandango shouldn't run the risk of being lost to time, and so while illegal emulation isn't necessarily something I'd condone outright, in certain circumstances it can be understandable or even necessary.

The last way that we can play old games is the old fashioned way. That means picking up the console it was released on and a copy of the game itself and playing the thing as God intended. No downloading, no emulating, no tips or tricks or cheats. Just you and an old console and a dusty old cartridge and a wired controller. And there's something incredibly satisfying about that. Playing an old game on a new system feels inherently different to playing it at the time, and playing it how you played it at the time. I still remember playing Final Fantasy VI when I was a young boy, and working my way through one of the finest JRPGs of all time on my trusty SNES. I'm playing the game again currently on my PlayStation Vita and the game is every bit as good as it ever was. The new technology powering the handheld means the game runs smoothly, it controls well, and it looks as charming as it ever did. But playing it now on a handheld just feels different to playing it as it was released on a control pad tethered to a Super Nintendo Entertainment System.

There are many reasons to play an old game. It could be that you want to experience historically important moments in the evolution of the medium, or perhaps a shorter, arcade title fits your schedule better than the latest, huge, blockbuster game. But maybe you just prefer playing old games. Nostalgia can be a powerful agent, and if it's nostalgia that you're after then there are few better ways of recapturing a moment in gaming than by playing it on the original hardware.

I've been interested in retro gaming for a long time, and it's not for historical or academic reasons, and it's not anything to do with how much free time I have. I enjoy retro gaming because playing an old game, like watching an old movie, or listening to an old song, conjures up memories within me of a time long ago. If I watch Back to the Future I remember renting the video tape from a local store and watching it on a Sunday afternoon with my parents. When I hear Time Warp it reminds me not of Rocky Horror, but of old school discos where the song was regularly played.

Similarly, when I hear the opening chords of the Final Fantasy VI theme I don't think about playing it on my PlayStation Vita, but of being in the spare room at my friend's house where we'd spend an entire day taking turns on the controller trying to reach the end of the story. Playing the game on a SNES feels entirely different to playing it on the Vita because of the memories that come flooding back while holding the controller. There's something about holding the old controller, blowing on the cartridge to get rid of the dust, and firing up a system from a time long since passed. It's not about experiencing history, but about remembering a time when these things weren't history.

Retro gaming can be considered to be anything up to and including the PS2 generation, and those games can be played through emulation or by picking up a port or a remaster. But to me, retro gaming means playing the old games the way we played them back then. Playing a Commodore 64 game on PC through emulation is all well and good, but actually sitting and waiting while the tape loads is an entirely different beast. Having NES classics on your Wii U Virtual Console is a great way to quickly experience Mega Man orThe Legend of Zelda again, but there's something altogether more satisfying about popping the cartridge in the slot and sitting cross legged in front of the TV because the controller cable isn't long enough to reach the couch.

If you're a gamer, chances are you probably have a different interpretation of what retro gaming is to the next gamer in line. The kid who thinks Crash Bandicoot is ancient. The thirty-something that grew up with games that came on tapes. The grandfather that played Pong in arcades. We all have different ideas about what qualifies as an old game. But what retro gaming is to me, what it essentially is, is recapturing the past and reliving fond memories from years gone by. That's why there's still a Super Nintendo Entertainment System in my house and why a few times a year I'll take it out of the cupboard under the stairs and it'll spend a weekend under the television. My friends will come round and we'll play Street Fighter II together like we did over twenty years ago. And there's something incredibly special about that.

What do you think qualifies as retro gaming? Do you like to pick up classics to play on PC through emulation? How about waiting for them to get a port to the current generation console you already own? Or maybe you're like me and you think there's no better way to experience a game than as it was experienced upon release? Whether it's through piracy, for academic reasons, or to relive memories, retro gaming is something that gamers of all ages can enjoy. 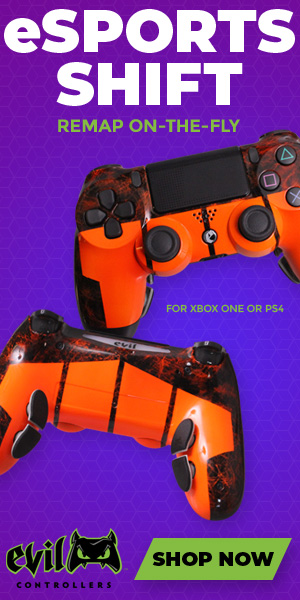